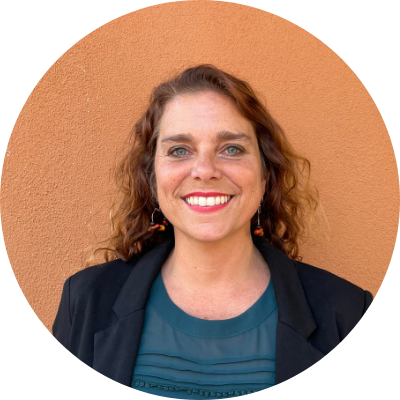 Karrina Nolan is a descendant of the Yorta Yorta people. She is an experienced manager and organiser of complex programs and initiatives in Aboriginal communities and has worked as a facilitator, trainer, researcher and strategist alongside Aboriginal and Torres Strait Islander women, young people and communities for over 25 years. Most recently, Karrina has been building the capacity for self-determination in the context of economic development, climate change and clean energy. She supports communities’ capacity to organise, act decisively, share knowledge and make informed decisions which take into account long-term community needs as well as country and culture. As a Churchill Fellow, Karrina worked with First Nations women in Canada, the USA and Australia collating lessons to grow women's leadership capacity and engagement in community and civic life. She dedicated an Atlantic Fellowship to determining how to best build clean energy projects by and for First Nations people.

Karrina is the Executive Director of Original Power.

Sharon Ford is a descendant of the Wangan and Jagalingou People of Central Queensland. Through personal and professional experiences, Sharon has developed a thorough understanding of the challenges our people face in protecting community interests and establishing effective and functional self-governing communities. Sharon is an Indigenous Governance and Management Consultant with over 20 years’ experience working with Indigenous Corporations, including nearly a decade of experience in the Native Title Industry. Sharon is passionate about empowering Aboriginal people to to exercise our right to make decisions that affect our families, cultures and country.

Sharon is the Deputy Director of Original Power. 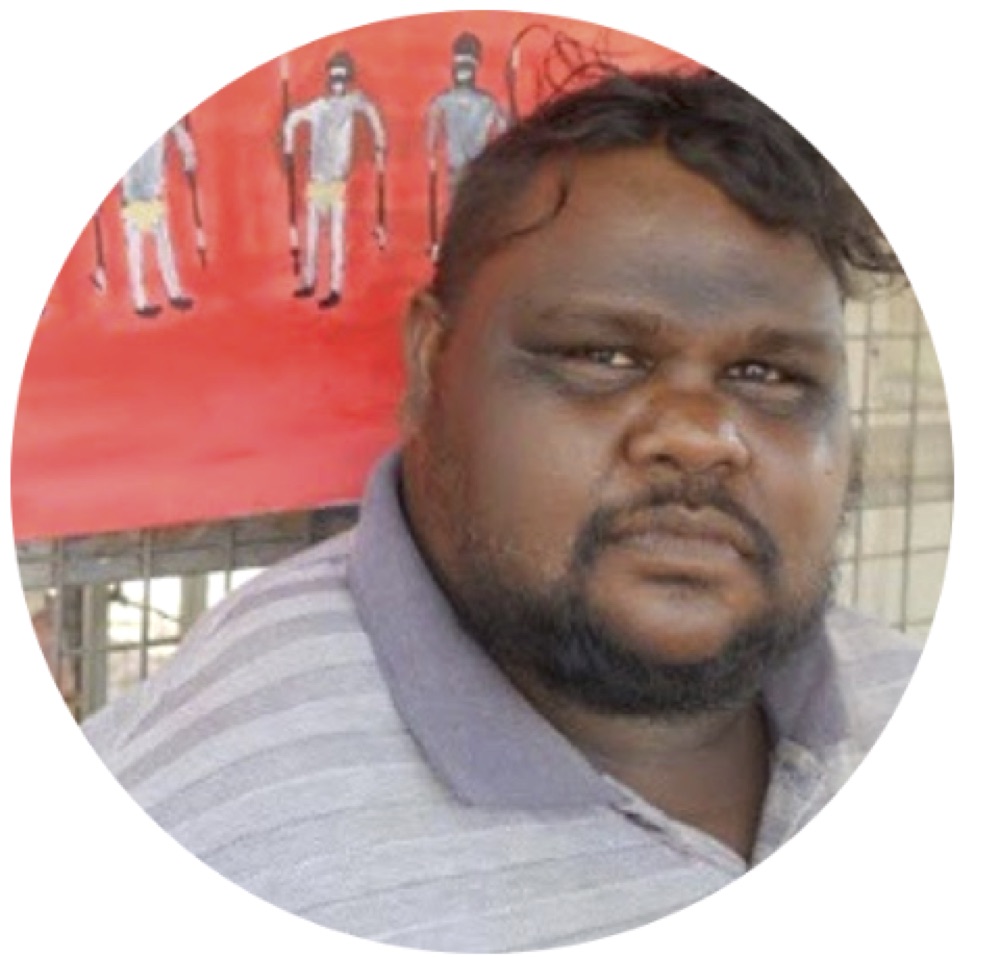 Gadrian Hoosan is a Garrwa and Yanyuwa man born and raised in Borroloola and the Gulf country homelands of the Northern Territory. Gadrian is a widely respected emerging cultural leader in the Gulf region. His powerful advocacy for the rights and cultural responsibilities of his people has had a profound impact on the political landscape of the wider Northern Territory, including on issues of environmental and cultural heritage protection from gas fracking and mining, water and land rights and Aboriginal representation in NT politics and community governance. Most recently he has worked to design and develop a model for community-owned renewable energy through the Ngardara Sun Project in Borroloola, in partnership with Original Power and Impact Investment Partners. The project aims to build the first Indigenous community-owned solar microgrid business in the NT over the next few years. Gadrian will lead local youth engagement, skills and employment development on the solar microgrid project, as well as community research that will share knowledge about the models that can deliver transformative social and economic opportunities to Northern Territory Aboriginal communities.

Gadrian is the Community Organiser - Borroloola. 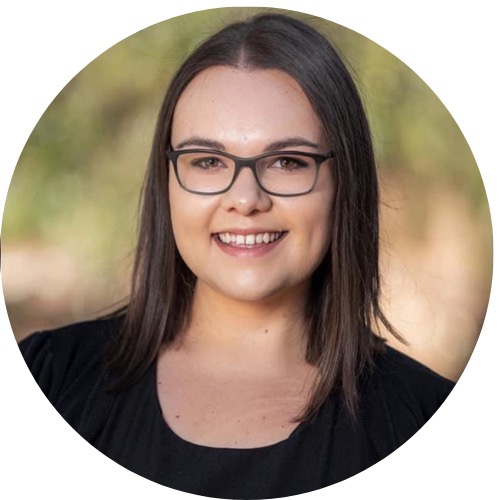 Wynona Karena is a descendant of the Arrernte People of Central Australia. With a strong background business development, marketing, communications and strategy development, Wynona is passionate about engaging, motivating and guiding stakeholders to achieve equitable outcomes, through developing accessible approaches that promote shared benefits and associated changes and impacts. Wynona contributes her breadth of skills and unique understanding of First Nations issues to assist in the initial development and implementation of the First Nations Clean Energy Network, as well as support the ongoing projects of Original Power.

Wynona is the Project and Administration Officer. 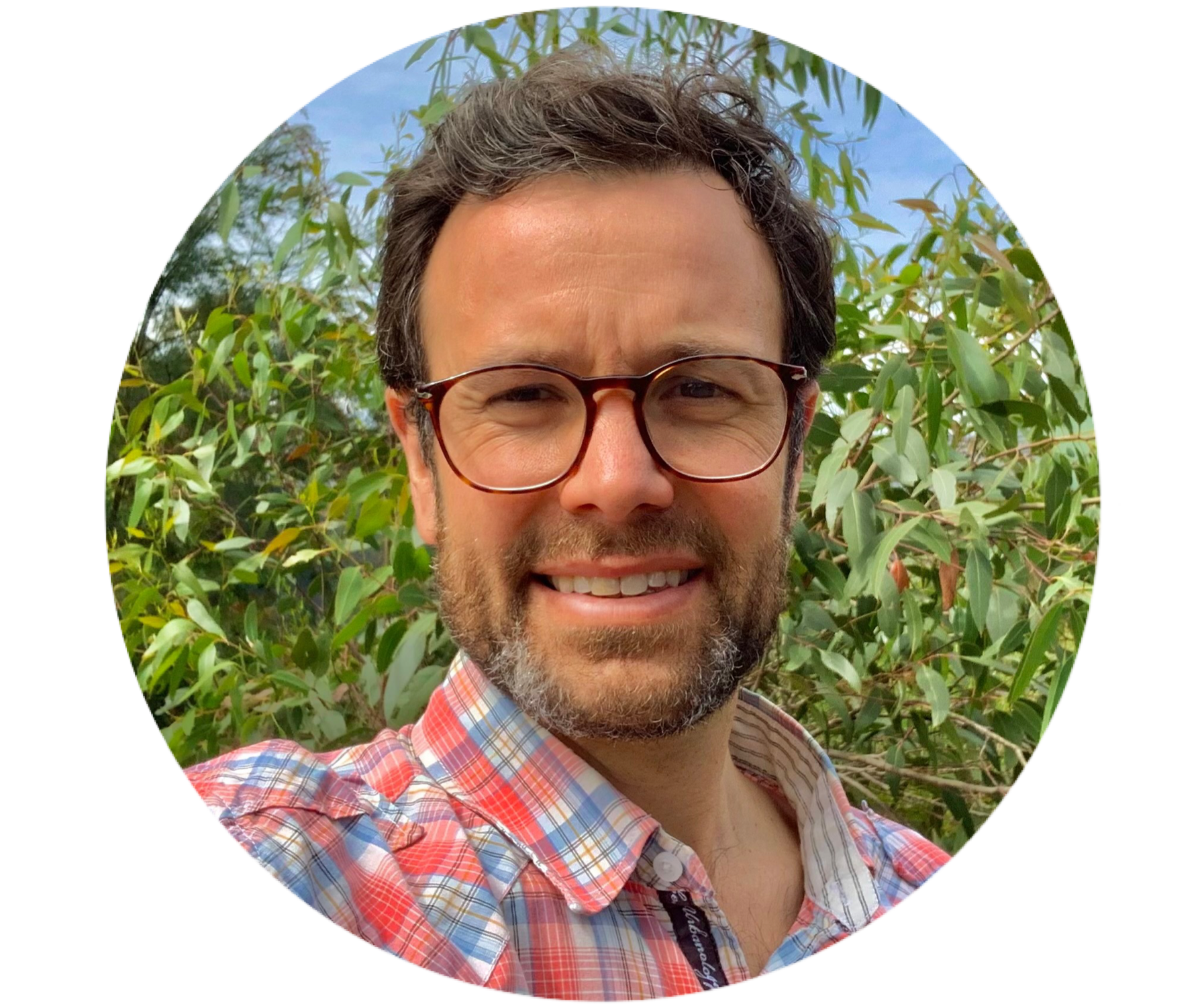 Jonathan Kneebone is an experienced lawyer, advocate, strategist and systems entrepreneur with a deep understanding of policy, legal, financial and economic systems. Jonathan has over 20 years’ experience establishing and enabling collaborations, fixing entrenched and extractive systems, and advocating for an inclusive and regenerative economy that privileges and incorporates First Nations people, knowledge, views and experiences. Jonathan has worked in Aboriginal and Torres Strait Islander-controlled organisations and alongside Aboriginal and Torres Strait Islander people and communities across Australia. Jonathan has led an array of significant commercial negotiations, major projects, and test cases on behalf of Traditional Owners, and has worked closely on economic development and economic inclusion policies and projects. Jonathan is a Senior Fellow with the Atlantic Fellows for Social Equity, holds an Arts and Honours degree in Law from the University of Melbourne, a Masters of Laws from the University of Dundee (and was awarded the Laszlo Gombos Prize as the top-ranking LLM student), and is a board member of several organisations working respectively in the fields of mental health, the arts and community economic development. Prior to joining the First Nations Clean Energy Network Jonathan worked in the private sector with an organisation pioneering the growth of a circular and regenerative cleantech business. 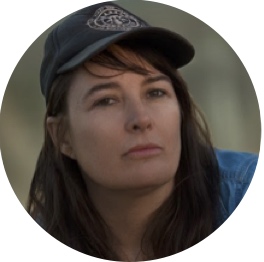 Lauren Mellor has close to two decades experience working in community development and organising capacities with Aboriginal and Torres Strait Islander communities in the Northern Territory and Queensland to implement self-determined solutions to complex community needs.

She has led programs and teams of people in the design, implementation and assessment of community-driven projects and has experience delivering community energy planning scenarios, standalone and grid-connected solar and battery storage projects and renewable energy law and policy reform to ensure First Nations people play a leading role in the clean energy transition. 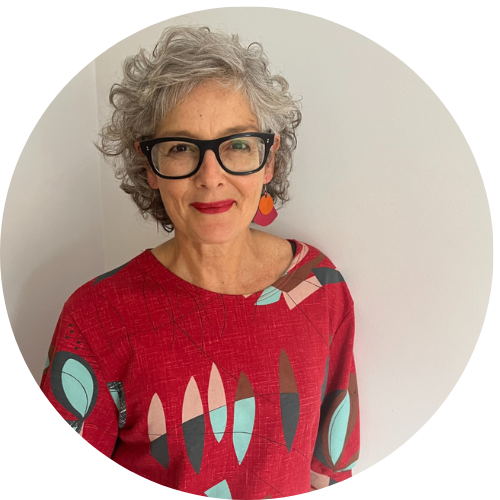 Alison Orme began her career in law reform, working for state and federal government agencies including the Australian Law Reform Commission and the Federal Department of Health, before spending almost a decade as a senior political and media advisor in NSW and Federal Parliament. Most recently she was Communications Director at the Sunrise Project, responsible for overseeing communications strategy to drive campaigns to hasten the transition from fossil fuels to clean energy. She is passionate about harnessing the power of everyday people to achieve change and holds an Arts/Law Degree from the University of Sydney.

Alison is the Campaigns and Communications Director.

Dan is the Solar Program Specialist. 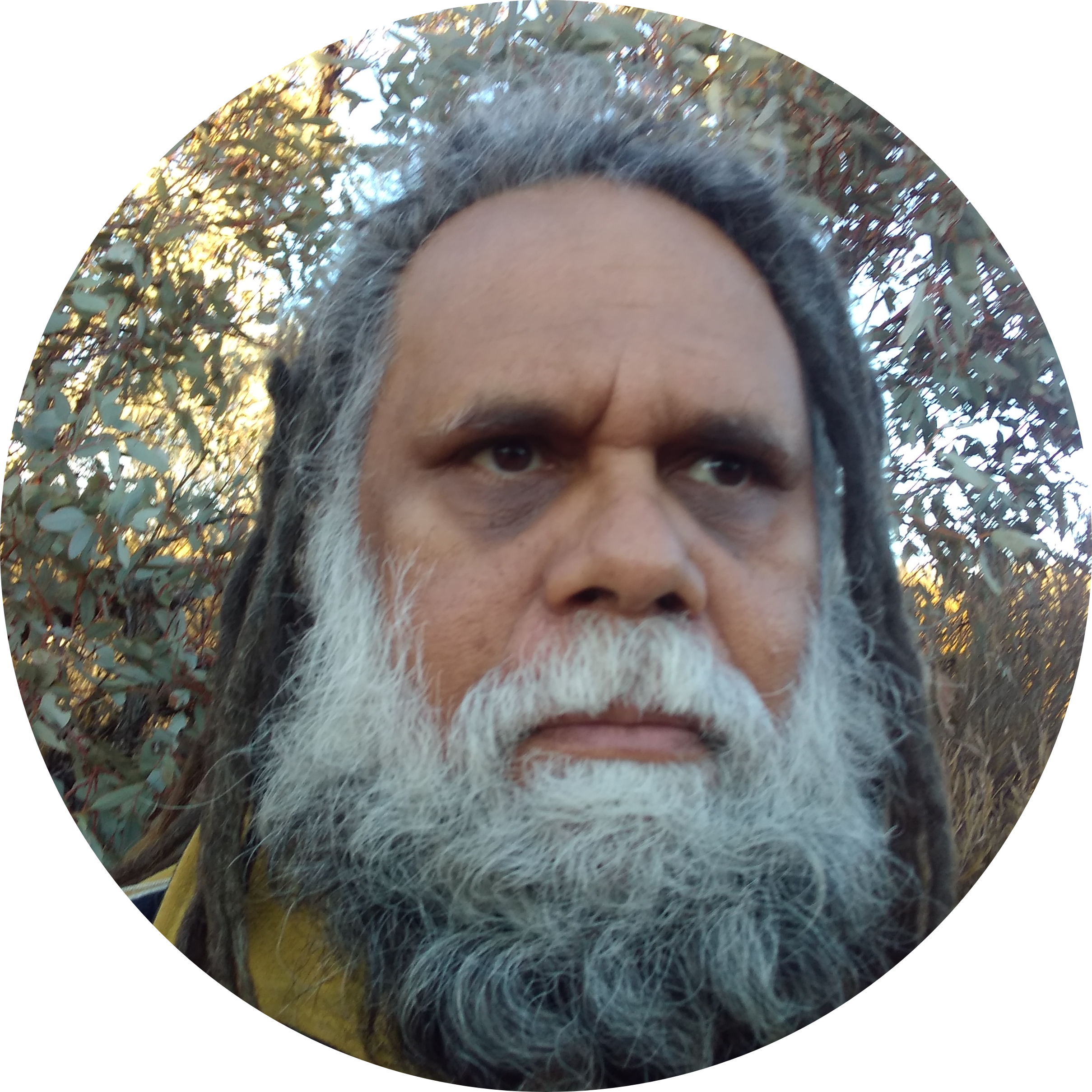 Kado Muir is a Wati, a Goldfields Aboriginal cultural and community leader and an anthropologist/archaeologist with many years’ experience working in Aboriginal Heritage, Language preservation and maintenance, traditional ecological/education and native title research.Kado is a community based cultural heritage and environmental activist. He has led campaigns against uranium mining in Western Australia and is part of that national network. He has been fighting mining industry to adopt responsible practise in Aboriginal heritage and to stop destroying Aboriginal sites and sacred places. Kado is a cultural leader who has preserved his Ngalia language and helped develop Australian curriculum content incorporating Aboriginal knowledge into education curriculum.  He is currently deputy Chair of the National Native Title Council, a board member of Native Title Services Goldfields and chair of the Wakamurru Aboriginal Corporation RNTBC, the PBC for Manta Rirrtinya Native Title Determination.  Kado operates a number of businesses including an Aboriginal art business, a Sandalwood company, a Cultural focussed podcast and a heritage consultancy business. He is an advocate promoting alternative community based enterprises, especially through his PhD university partnerships for research on Wealth in First Nations. Kado grew up from an early age living in the bush and his passion is to look after country, community and culture. 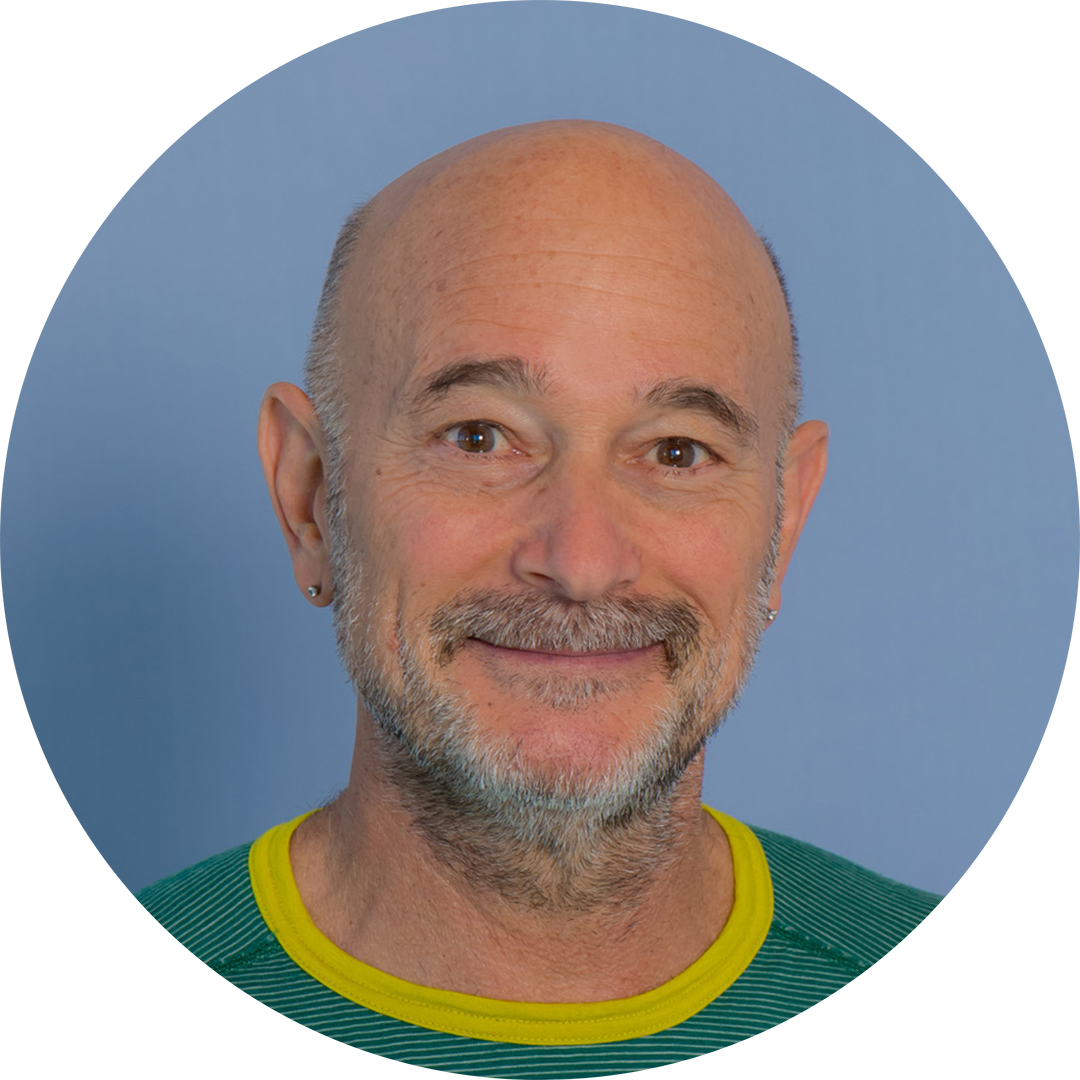 Jon Altman is emeritus professor at the Australian National University in the School of Regulation and Global Governance. Jon established the Centre for Aboriginal Economic Policy Research at the ANU in 1990 and led it as foundation director for 20 years. Jon’s focus has been on enabling forms of lifeway practice that advocates for the need to recognise the right of Indigenous peoples to live differently, while simultaneously ensuring equality of treatment as Australian citizens. Jon has written on a wide range of issues including land rights and native title, appropriate forms of economic development, Indigenous communities and mining, tourism and the arts and the homelands movement. 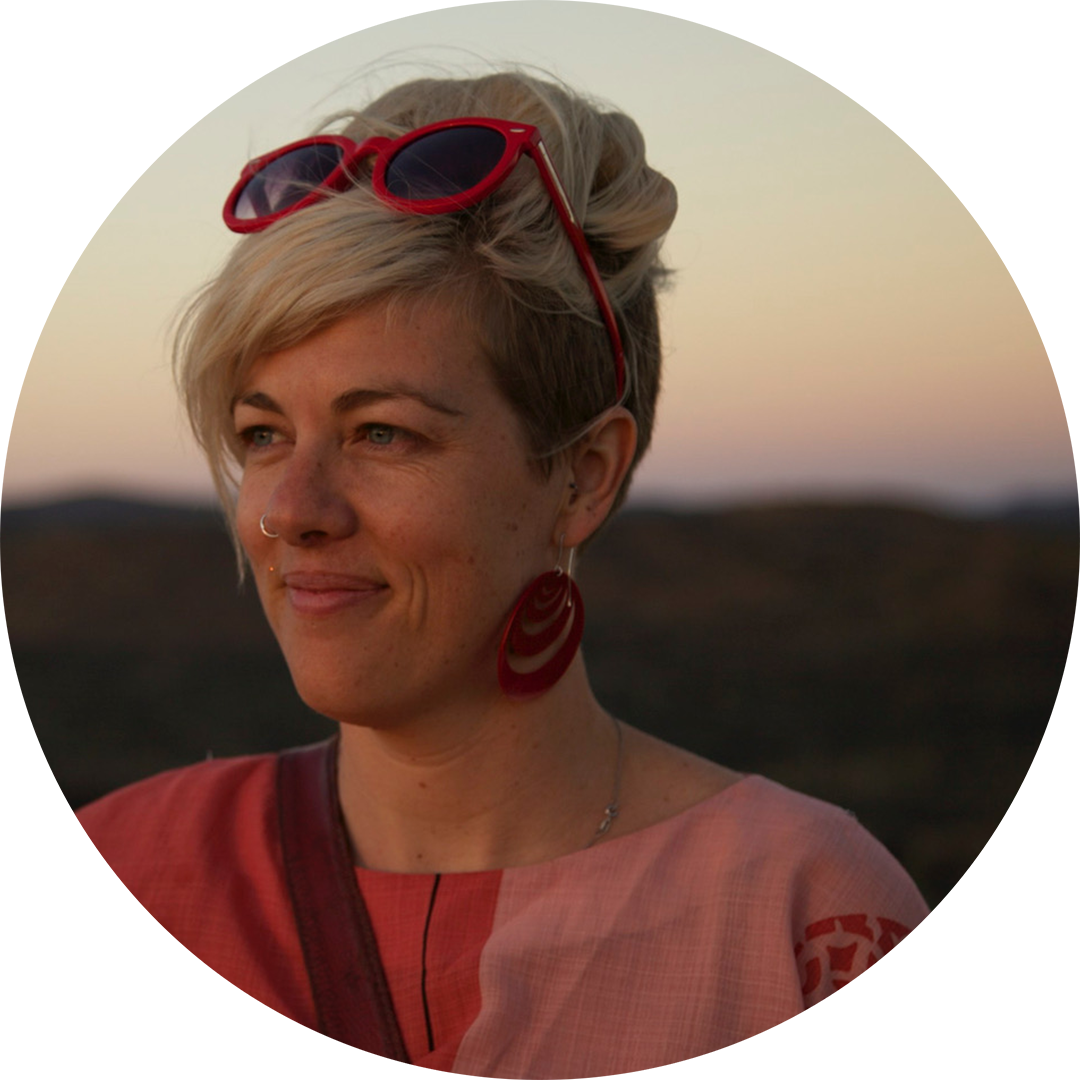 Alex Kelly is a settler Australian filmmaker and communications strategist based in Mparntwe, Arrernte country.  Alex worked for ten years with Big hART across many projects including being the Creative Producer of Ngapartji Ngapartji. Alex’s documentary film credits include producing Island of the Hungry Ghosts, THE ISLAND, Nothing Rhymes with Ngapartji and co-producing The Namatjira Project production managing Coniston: Telling it True and directing Queen of the Desert. From 2014-2016 Alex was the Global Impact & Distribution Producer on Avi Lewis and Naomi Klein’s This Changes Everything project. 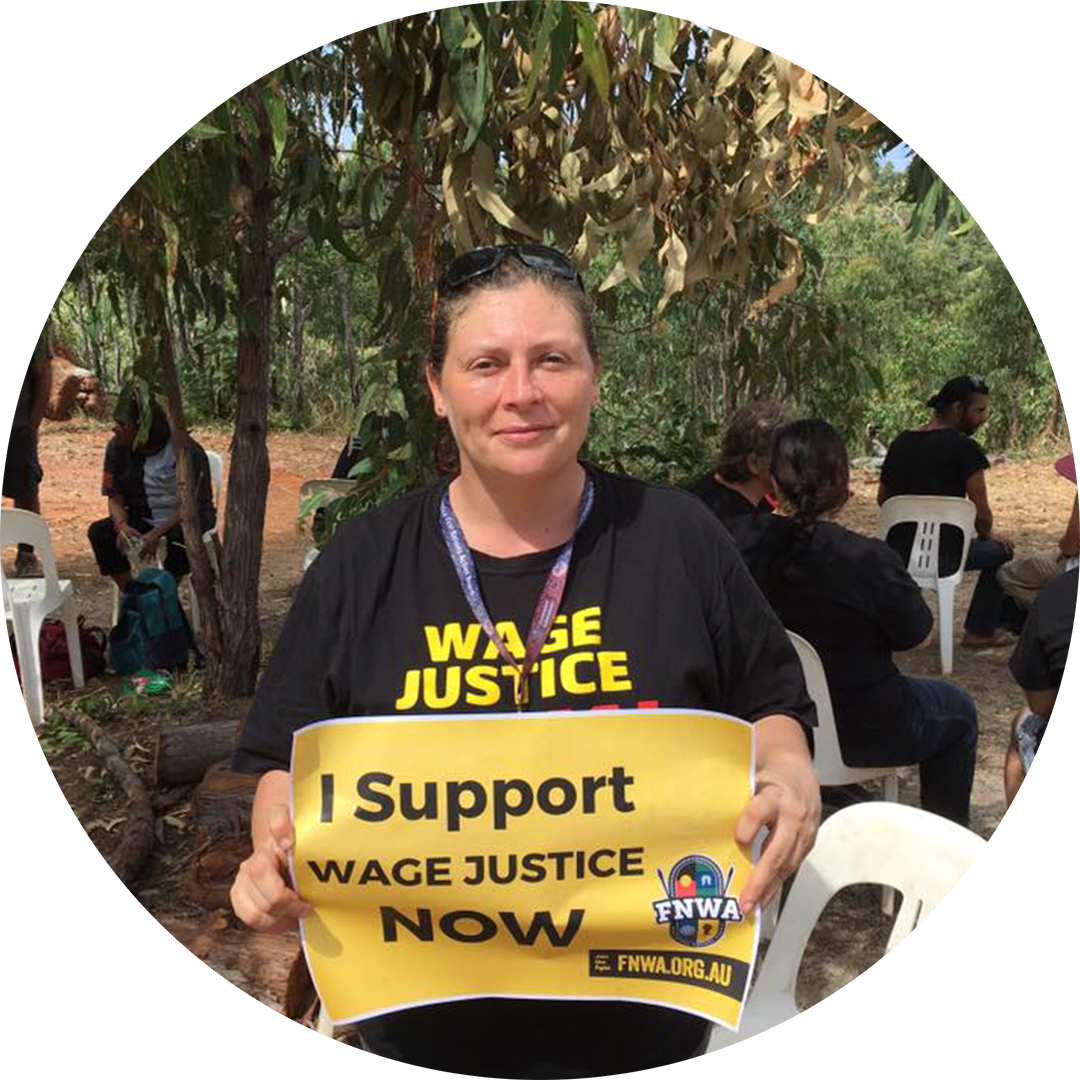 Lara Watson is a Birri Gubba woman from Central West Queensland and the Indigenous officer with the ACTU.  She has been involved with the Trade Union movement for almost 15 years, starting as a workplace delegate and moving into community campaigning as a [email protected] co-ordinator.  She ran the anti-privatisation campaign ‘Not4Sale’ in Queensland, and worked on numerous Indigenous campaigns, including the fight for Muckaty, Queensland Stolen Wages, the NT Intervention. She is currently running the ‘Wage Justice’ campaign for Community Development Workers in remote communities through the First Nations Workers Alliance. 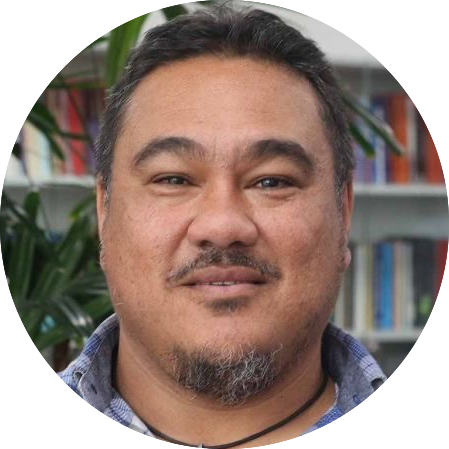 Mr Eddie Cubillo is an Aboriginal man with strong family links in both the urban and rural areas throughout the Northern Territory. He is of Larrakia/Wadjigan and Central Arrente descent. He obtained a Bachelor of Laws Degree and in was admitted to the Supreme Court of the Northern Territory. In 2002 he was elected to the ATSIC Yilli Rreung Regional Council, and subsequently became the Chair. Mr Cubillo has also been a former Chair of both the North Australian Aboriginal Justice Agency (NAAJA) and the Aboriginal Justice Advisory Committee. In 2010 Mr Cubillo was appointed the Anti - Discrimination Commissioner of the Northern Territory and following his term, Mr Cubillo took on the role of Executive Officer with National Aboriginal & Torres Strait Islander Legal Service (NATSILS). As the Executive Officer he championed the rights of Indigenous Australians in a legal context. In 2015 Eddie was named the National Indigenous Legal Professional of the year and in 2016 attended Geneva on a UN Indigenous fellowship. Mr Cubillo worked for Queensland Aboriginal and Islander Health Council till 2017 were he then took up an opportunity to work on the Royal Commission into the Protection and Detention of Children in the Northern Territory as the Director of Community Engagement. He is currently undertaking a PhD with the University of Technology, Sydney and is working at the University of Melbourne’s Law School as Associate Dean & Senior Research Fellow (Indigenous Programs).