First Nations communities in the Northern Territory are living on the frontlines of a changing climate.

Extreme heat is making life hotter and harder for our people and contributing to community energy insecurity. Frequent household power cuts combined with extreme heat and inadequate housing is having a significant impact on community health and wellbeing.

That's why Original Power is working to develop projects and policies that overcome the structural barriers locking First Nations communities out of the benefits of lower cost, clean energy and energy efficiency. 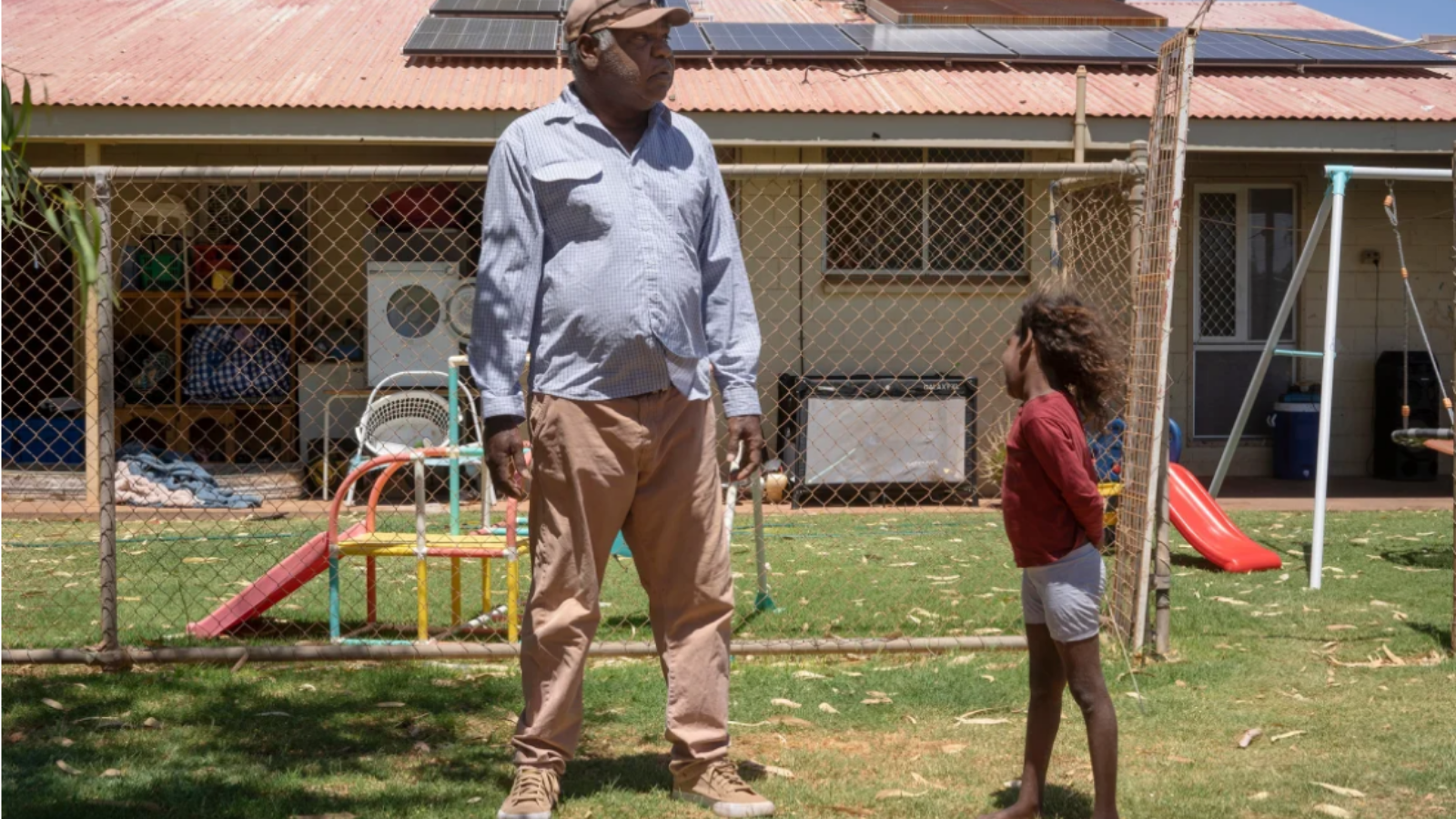 More than 10,000 Indigenous households across the Northern Territory access electricity via a pre-paid power card meter on community or government-owned homes, which disconnect when credit runs out.

Data from the NT Government’s Power and Water Corporation shows Indigenous households with pre-paid meters are disconnected, on average, every four days. During hotter temperatures this figure increases to every three days.

A recent paper published in the esteemed international Nature/Science journal analysed the NT’s disconnection data, reporting an overwhelming number of all households (91%) experienced a disconnection from electricity during the 2018–2019 financial year. Almost three quarters of households (74%) were disconnected more than ten times. In contrast, less than 1% of electricity customers in the National Electricity Market experience disconnection in a given year.

The loss of essential electricity supply has wide-ranging impacts on residents including the inability to safely store medicines and food or keep households at safe temperatures, undermining healthy living practices and driving social and economic disruption for whole communities. 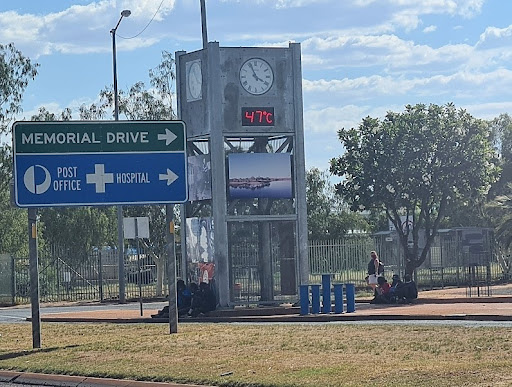 Temperature gauge in the main street of Tennant Creek, December 2021.

In August 2021 we installed 6.6kw of rooftop solar on Norm’s family home in Tennant Creek, where summer-time temperatures soar to the high 40s and most public housing stock is overcrowded, without insulation or other infrastructure to keep cool.

Tennant Creek is a solar hotspot, and installing rooftop solar to bring household power costs down should be a straight-forward success story. But in this case Norm's connection application was rejected citing regulatory and technical barriers, including uncertainties over the integration capabilities of the existing pre-paid power card meter and rooftop solar and the absence of an electricity tariff for this cohort of customers.

In December, following months of discussions with government agencies, media stories and commitments for action from politicians, we're pleased to report that Norman’s home became the first Aboriginal household in the Territory to successfully integrate rooftop solar with pre-paid power meters - just in time to offer some protection from the region's now frequent summer heatwaves.

Its a major breakthrough on a decades-old problem. But even better, in December the NT Government confirmed its conducting a formal trial at the site to ensure the intergration works as planned, opening the door for thousands of other Indigenous households to benefit from rooftop and community solar going forward.

‘‘Clean energy is the medicine our people need. I dream of having solar on every house in town.’’ Norman Jupurrula Frank.

Learn more about Norman's experience by watching ABC's special coverage of the issue which celebrates the connection of solar to his home and the trial which we hope will see greater access to cheaper, cleaner energy for many other First Nations communities. 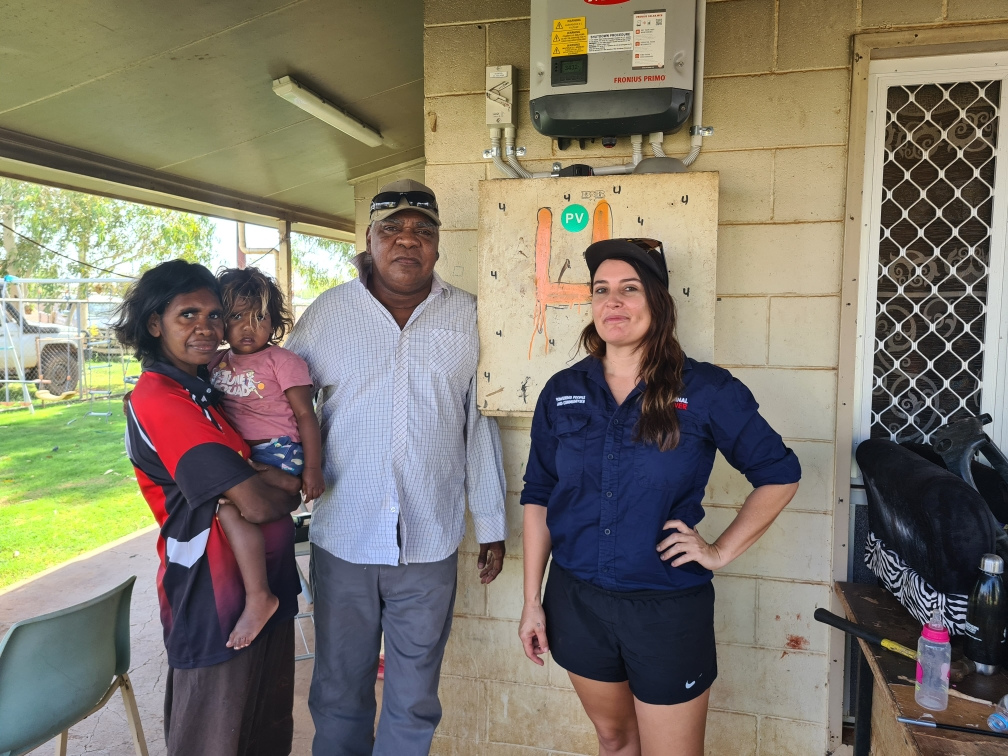 In December 2021 the NT Government’s Power and Water Corporation and electricity retailer Jacana announced it would co-operate in a solar-PPM trial at Norman Frank’s home.

Original Power continue to engage in Research and Development to find the necessary engineering, metering, and policy solutions that will allow our communities to drive solutions to energy insecurity with energy efficiency and lower cost clean energy options.

Our work focusses on identifying and implementing appropriate models of renewable energy that share the benefits of low cost, clean energy transparently, equitably and directly with host communities. Got an idea, project or proposal you'd like to share? We'd love to hear from you.

Original Power is proud to be a launch partner for this fantastic new video resource on energy justice produced by the Purple House Language Group telling the story of how household energy insecurity impacts health and wellbeing. Purple House is an innovative Indigenous-owned and run health service operating clinics and patient support across the Northern Territory working towards a carbon-neutral plan by 2030.

This short film is in Pintupi-Luritja, and in 2022 we’ll be working with communities across the Northern Territory and other parts of Australia to translate and share the story with many other community partners as they embark on their own clean energy and energy efficiency projects.

Get in touch if you’d like to help share the story by translating the film in your own language or hosting a local screening!