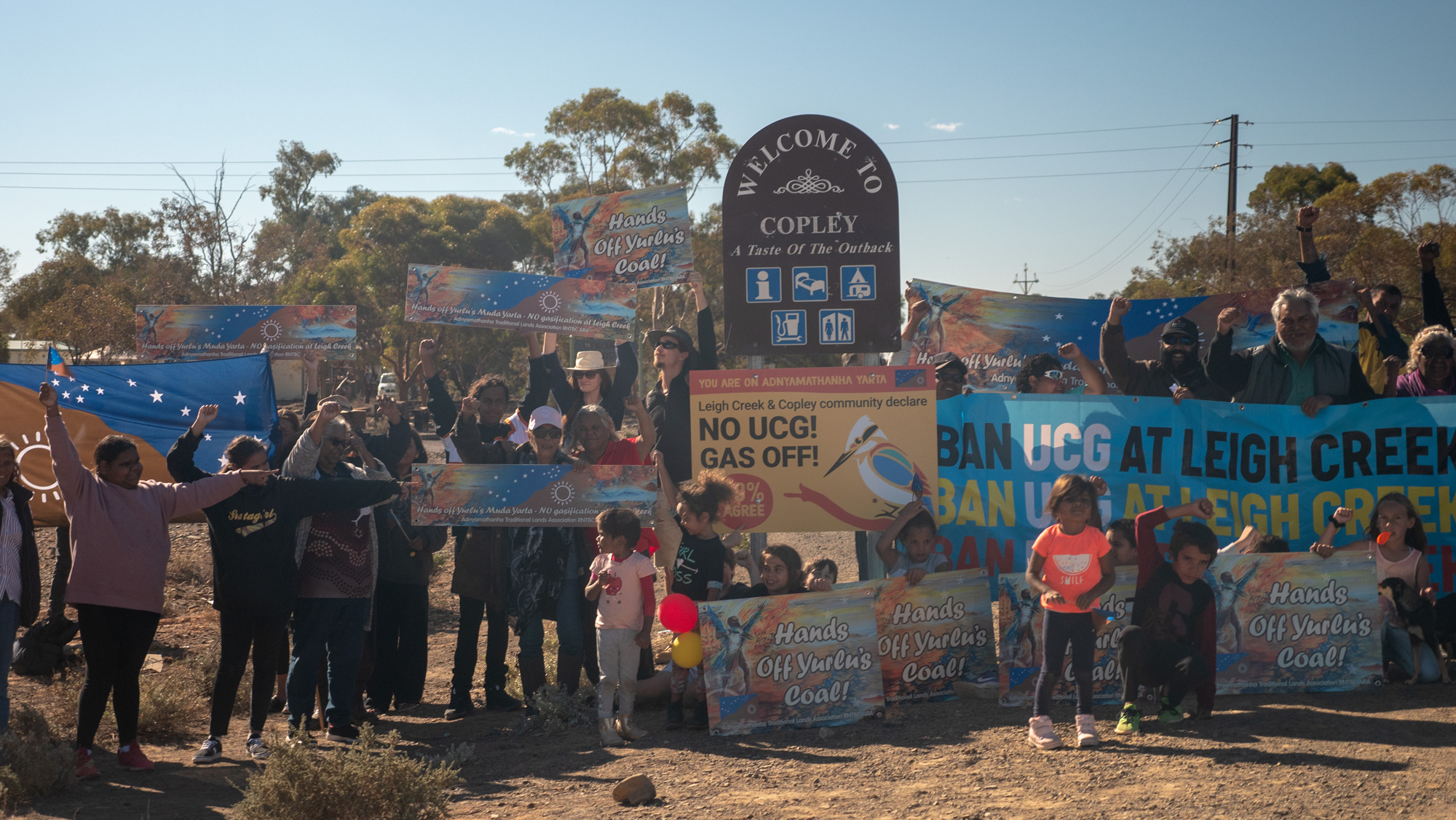 I stand with the Leigh Creek and Copley communities

Adnyamathanha Country in the world-renowned Northern Flinders in South Australia is special, unique and a place that many call home. That’s why the community are clearly saying no with over 90% saying they don’t want UCG (Underground Coal Gasification) near the towns of Leigh Creek and Copley.

Right now is a critical moment for the Adnyamathanha people, who are saying no to dangerous, poisonous underground coal gasification on their country in Leigh Creek and Copley. An extraction process which has already been banned in Queensland due to contamination that resulted in one of the state’s worst environmental disasters. Adnyamathanha Traditional Owners will never give the company consent for this project - with 90% of the community saying no, declaring their community UCG free!

The Leigh Creek coalfield has suffered enough damage and now is the time to let the land heal. This UCG pilot process has distressed elders, who are sad, angry and afraid about what Leigh Creek Energy are doing and propose to do further. They are feeling ignored and disrespected once again. We call on the South Australian State Government to abandon plans for this project.

Underground coal gasification is an unproven and extremely risky technology with major threats to human and environmental health - any process of burning coal underground to create gas is risky.

Adnyamathanha people are standing together against UCG, and they are asking for you to stand with them! Sign up to take action.

NO gasification in Adnyamathanha Yarta. GAS OFF!